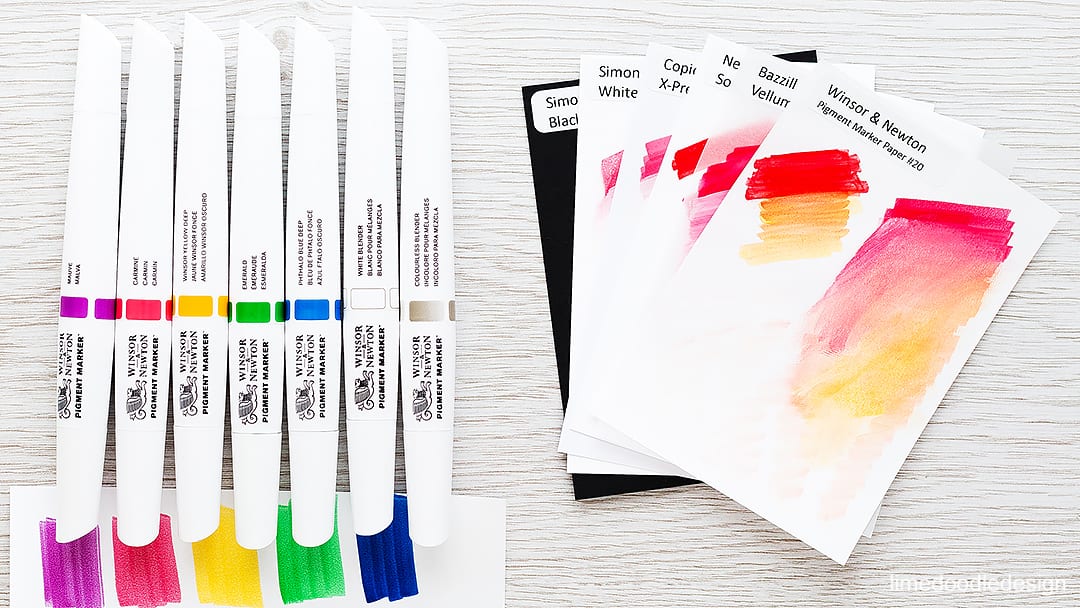 A little while ago I started a review of the new Winsor & Newton pigment markers and well basically the Holiday season and then my trip to CHA tied up my time and making follow on videos was sidelined for a while. 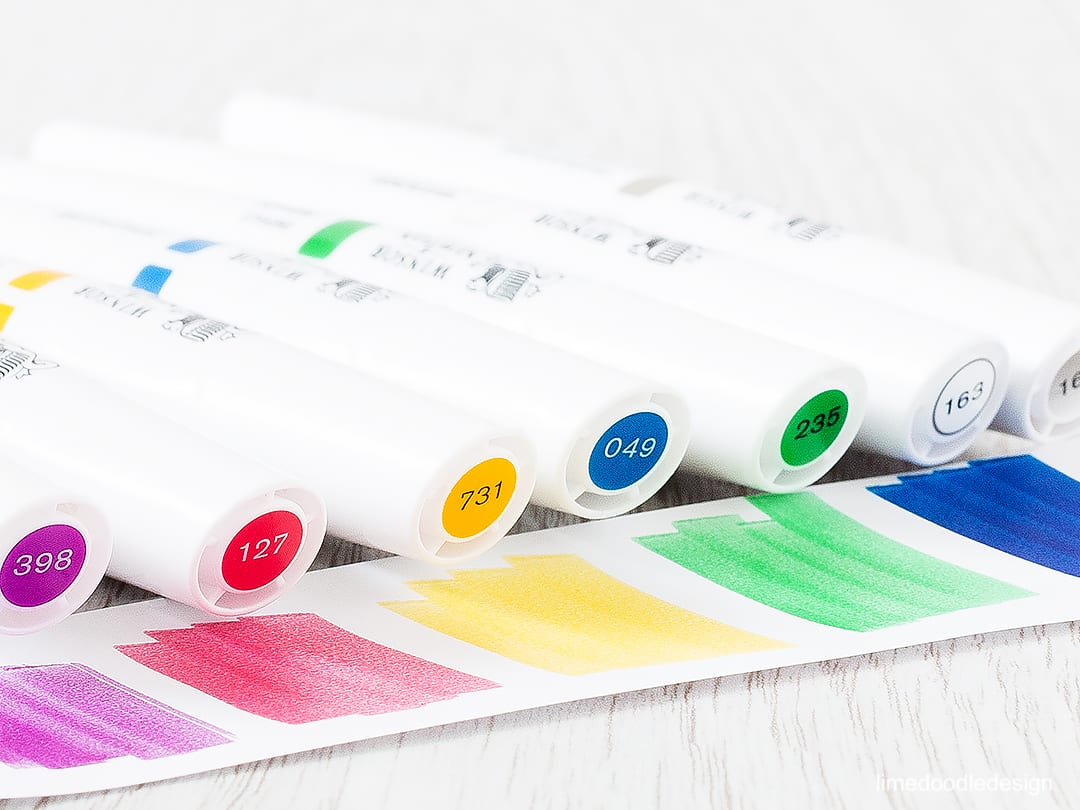 However, I’ve finally found the time to continue where I left off. So where did I leave off? My initial review (part I) found that these markers worked best on the Winsor & Newton pigment marker paper and also on vellum. It appeared that the slick, non-porous nature of these allowed the markers to move and blend together as they were intended. Based on my initial findings I wanted to try other marker papers and also, after recommendations from readers, Yupo paper and Ranger Speciality Stamping paper. 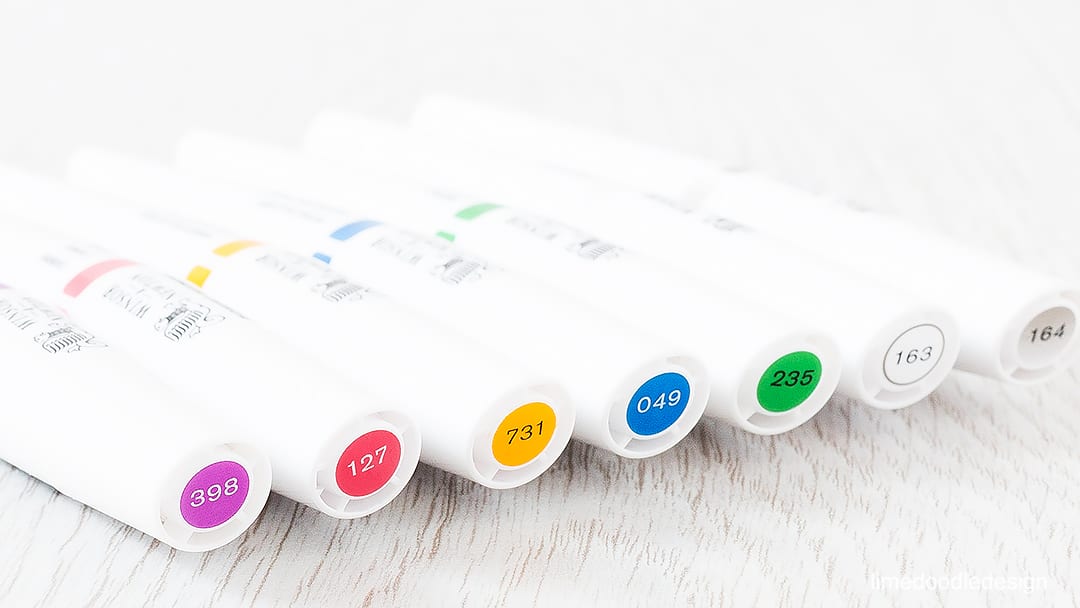 I’ve a video below (part II) on how the pigment markers reacted on Bienfang Graphics 360 Marker paper, Canson Marker paper, Yupo paper and Ranger Speciality Stamping Paper. I also threw in a piece of watercolor card following a session of playing with these markers. More on that below. 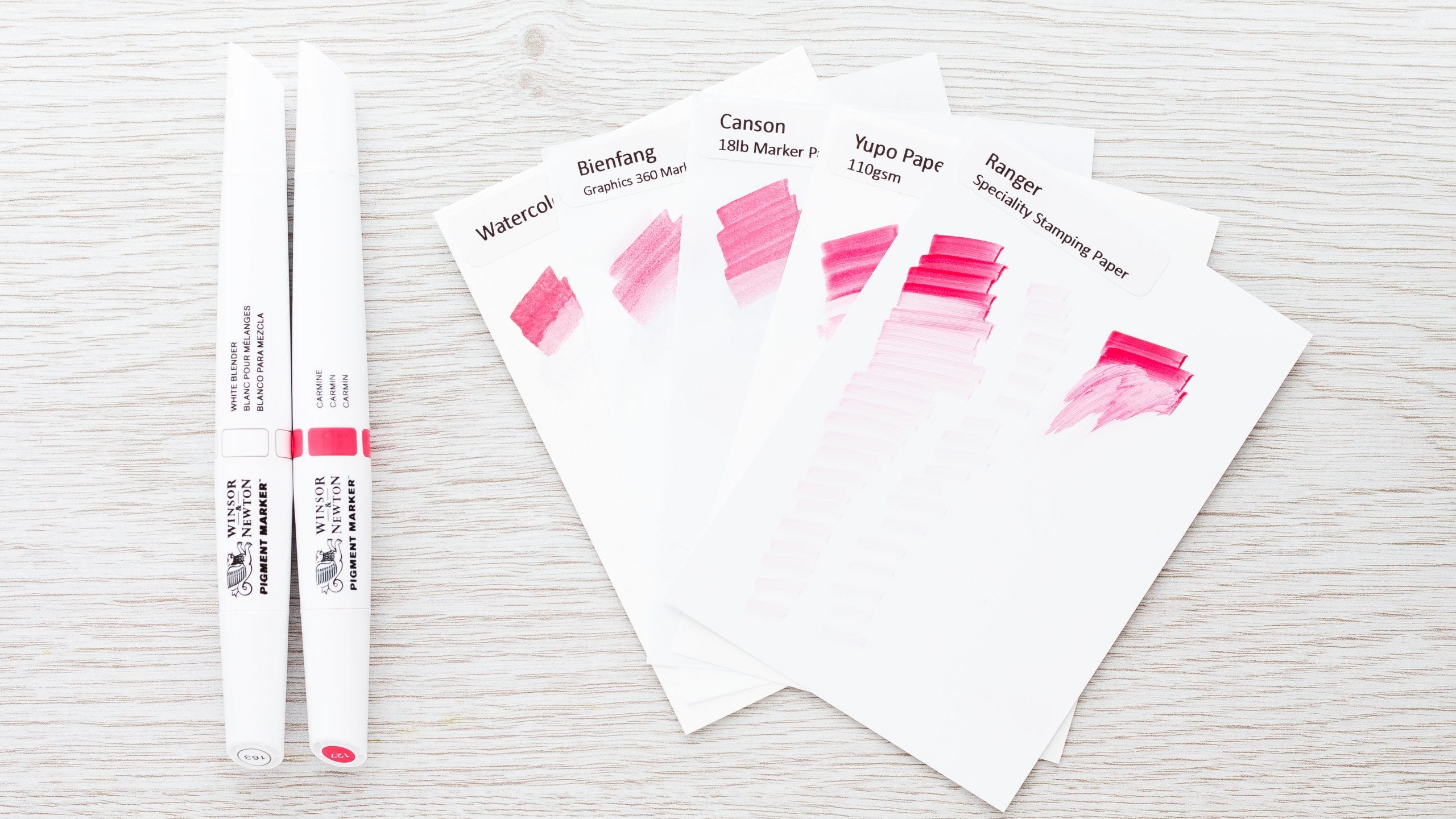 The results? Well, the pigment markers did not blend on the two marker papers, the color just stayed put. However, I had high hopes for the Yupo paper and the Ranger Speciality Stamping Paper. Indeed, these two worked perfectly with the markers blending and moving. From a light touch of the white blender to the carmine I was able to pull a range of shades of pink from the deepest to the lightest of colors.

Now on to the wild card; the watercolor card. As you would expect the porous nature of the watercolor card ensured the markers soaked in and didn’t blend. However, when the marker is colored on an acrylic block you can pick up the color with a wet paint brush and it behaves in a manner similar to watercolors! Picked up this way you can add the marker to a wash of water or equally bring the color direct to the paper and blend it out with more water. These pigment markers from Winsor and Newton sure are interesting to play with!

I plan on a third video (part III) using these markers on a project. I did use them on vellum for this card, but time constraints meant that I wasn’t able to put up a video too. However, I know you want to see these in action for more than just random scribbles on various cards and papers LOL. Hang tight and I will hopefully get that video out shortly :D

You can find links to the supplies I’ve used below; click on the picture or wording to get taken directly to the product. Where available I use affiliate links which means if you make a purchase I receive a small commission at no extra cost to you. I truly appreciate your support.