wishing you a fishy birthday and a winner 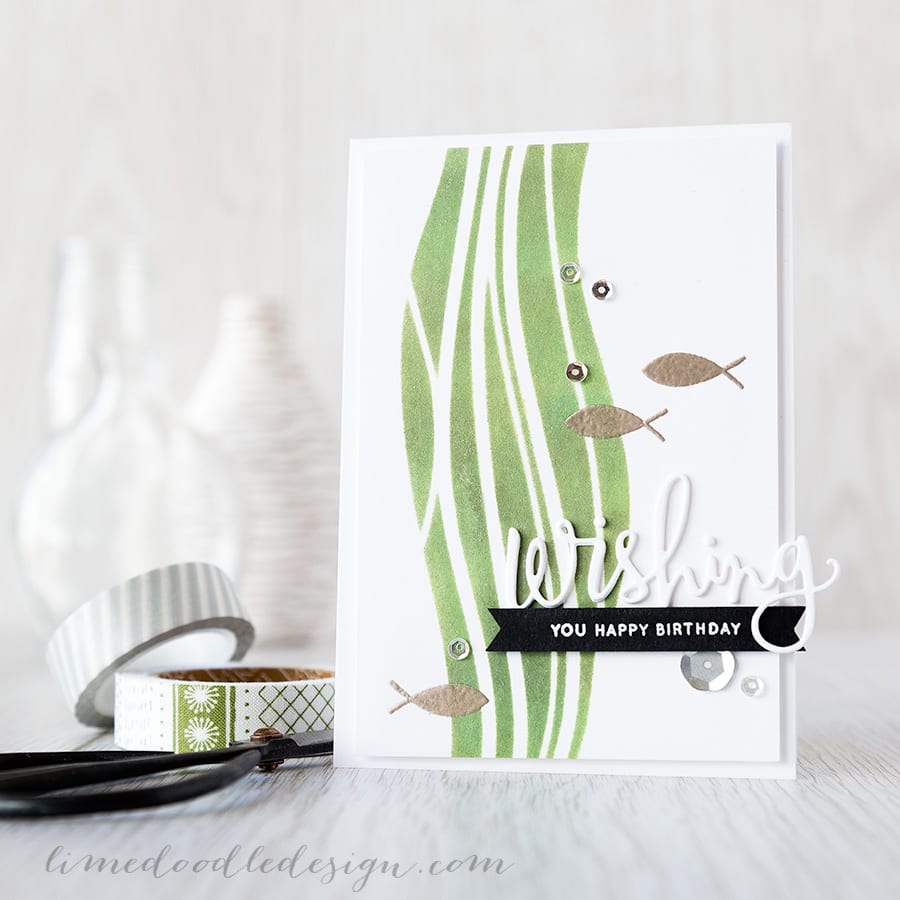 The Rejoice set from Simon Says Stamp is fabulous for Easter, but it has many elements that can be used all year round. I love the graphic design of the fish from the set and combined them with the Waves stencil to create a watery scene on this birthday card – always good to make the most of our supplies! I started by taping the Waves stencil over a panel of Neenah Solar White and masking off all but a strip of the stencil. Then using a gentle pounding motion with the Mini Ink Blending Tool I added colour in Green Apple, Fern and Olive. I was aiming for a smooth blend with variation in the colours of the reeds. I left the panel to dry for some time before attempting to heat emboss the fish. When just applied, inks hold enough moisture that embossing powder will stick to the inked areas where you don’t want it to. So to check the panel was dry enough, I sprinkled embossing powder on top and checked it would tap off before moving on to actually stamping the fish. Using Versamark and Ranger Liquid Platinum embossing powder gave a rich metallic colour to the fish.

For the sentiment I cut three Wishing die cuts from white card and glued them one on top of the other to create a more substantial die cut. This is combined with the rest of the sentiment from the Sending & Wishing set White heat embossed on Black card and trimmed out to a banner shape. A few sequins from Studio Calico and Pretty Pink Posh gave the impression of bubbles in the water.

One last thing before I go the winner of the Simon Says Stamp goodie bag from comments left on this blog for the April Card Kit Hop is ……..

Congratulations Vicki! Simon will be in touch to get your prize pack out to you :D 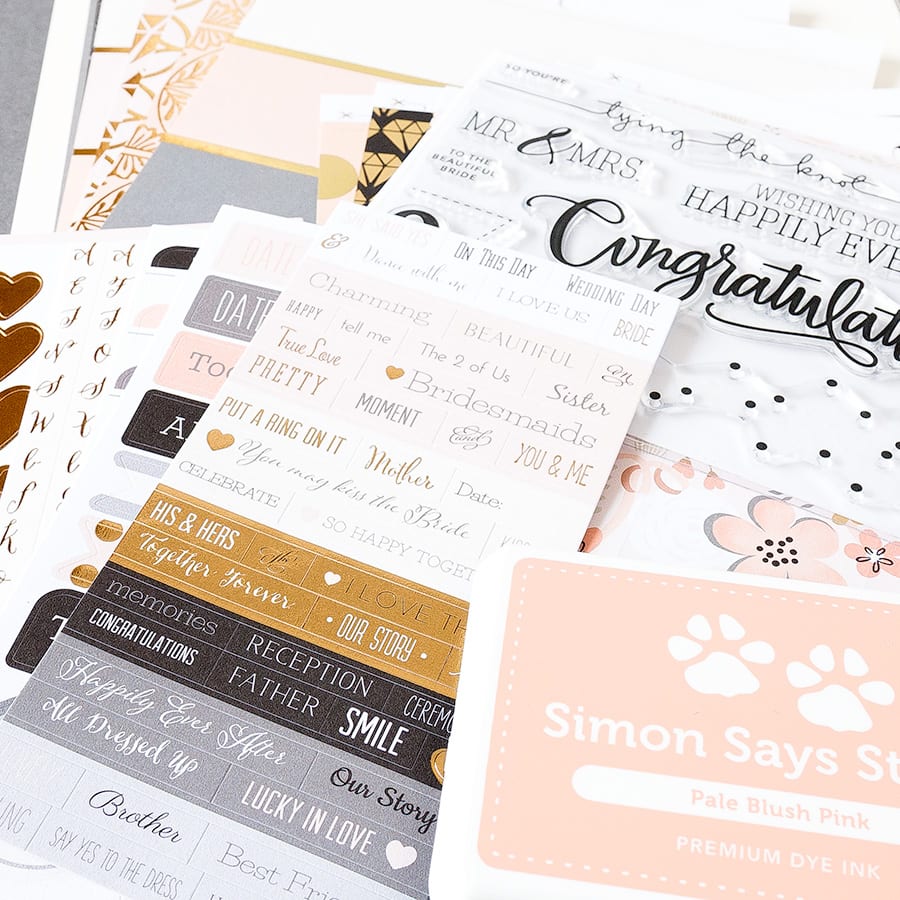 Talking of Card Kits, the May Card Kit has just been revealed and one landed on my doorstep today. Boy, it is a sure-fire winner! You can subscribe to this (no obligation) card kit of the month program for $24.95 plus shipping and handling. Kits can also be purchased individually at Simon Says Stamp store for $29.95 plus Shipping and Handling. Clicking here takes you directly to this May edition of the Kit :D