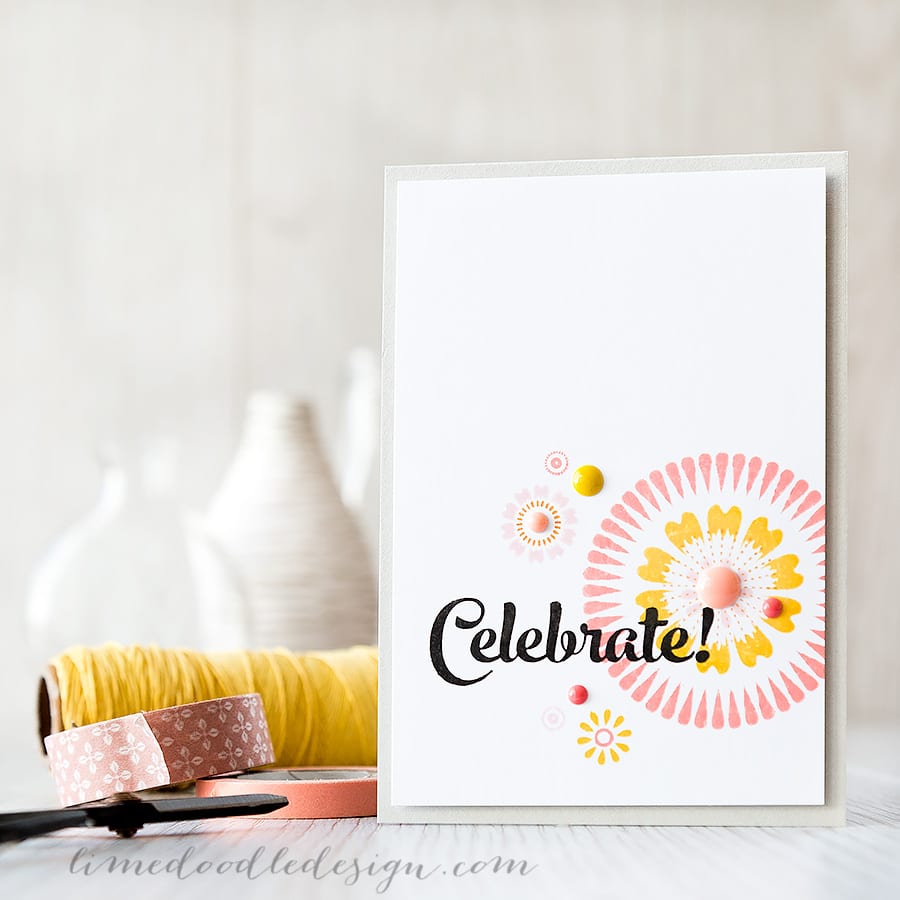 The new release from Clearly Besotted goes live later today (10pm UK time) but I’ve one more sneaky peek before then with the fun Sunburst set :D To me there’s something wonderful about a pop of colourful stamping on a white panel; just enough to draw your eye and catch your attention but still keeping it clean and simple :D

The Sunburst set has a variety of images to layer and I had great fun dotting the elements around on a White panel and then stamping the sentiment over the top in Black. 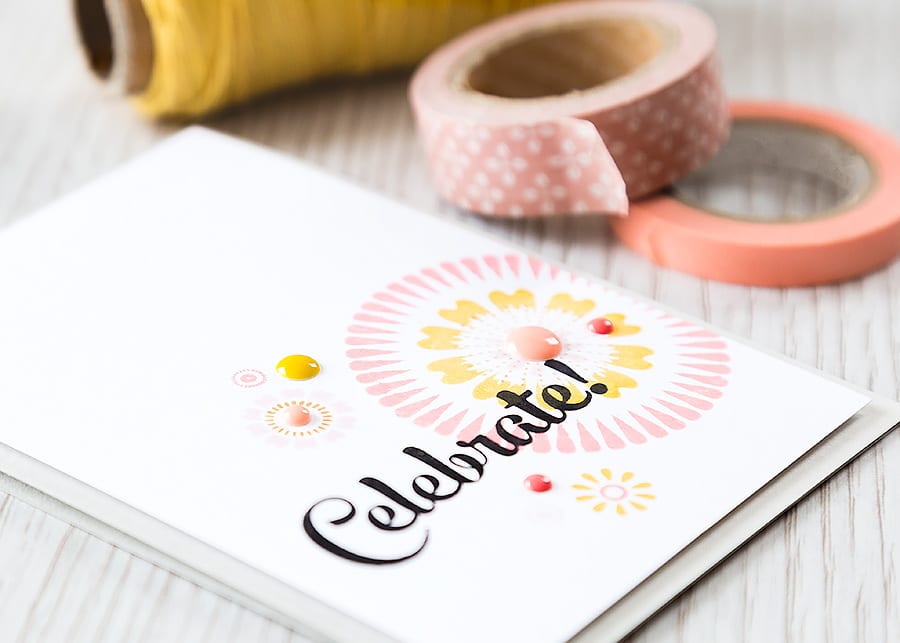 I picked out a few enamel dots to tone and then mounted the panel on a Fog base. Simple and colourful; more on the colourful bit tomorrow *wink*!

For more inspiration call by and see Stephanie who will also have links to the rest of the Design Team and our guests for March –  Lucy Abrams, Jen Nelson, Jo Nevill and Nicole Picadura :D