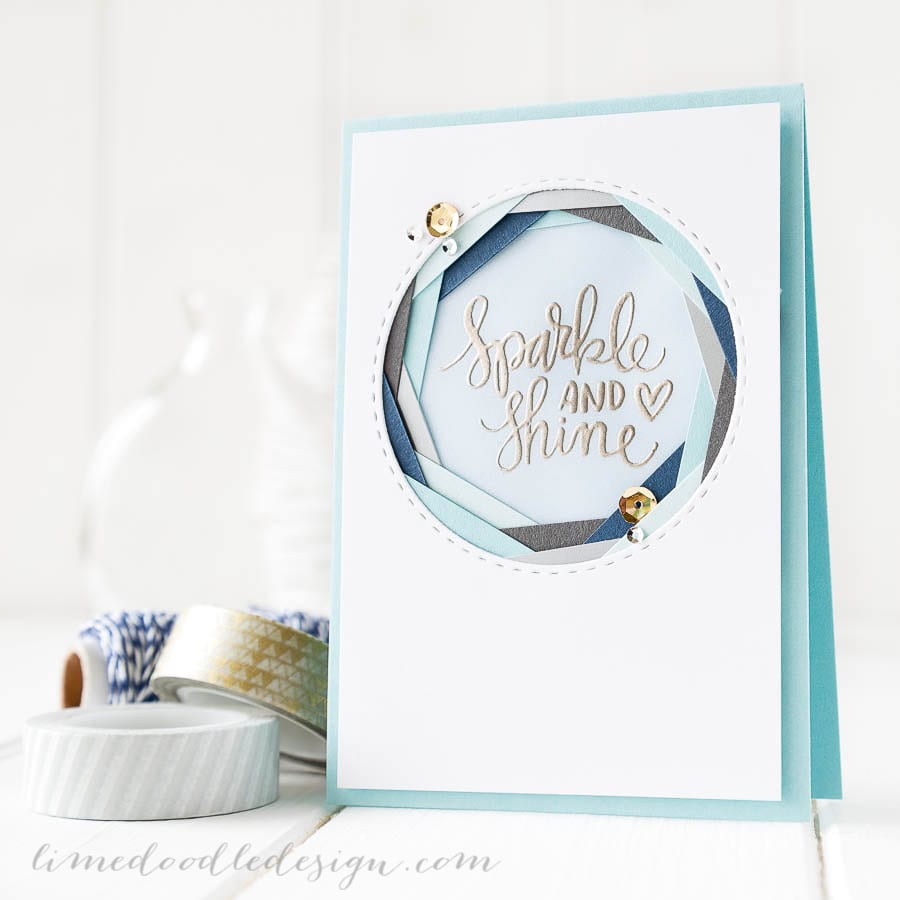 Wow, the Winter Twinkle hop yesterday for the December Card Kit from Simon Says Stamp was so fun! Over the last few days I’ve had lots of lovely feedback (❤️ thank you!) particularly about the ‘Card Stock Accents‘ post with the iris effect of strips of card radiating around the edge of a die cut circle. A number of people really wanted to see a video of how to do this. For the video I replicated the original card but as I’d run out of enough of the silver-grey for the card base I used Surf Blue instead. As a bonus, I just received the In Stitches mini release from Simon with these awesome Stitched Circles – I really like how the stitching accents this CAS card. Without further ado, here’s the video :D

I hope you have a fun week. Here, the children are off school for the rest of the week which I am thankful for as we are all a bit shattered and could do with a few lazy days :D