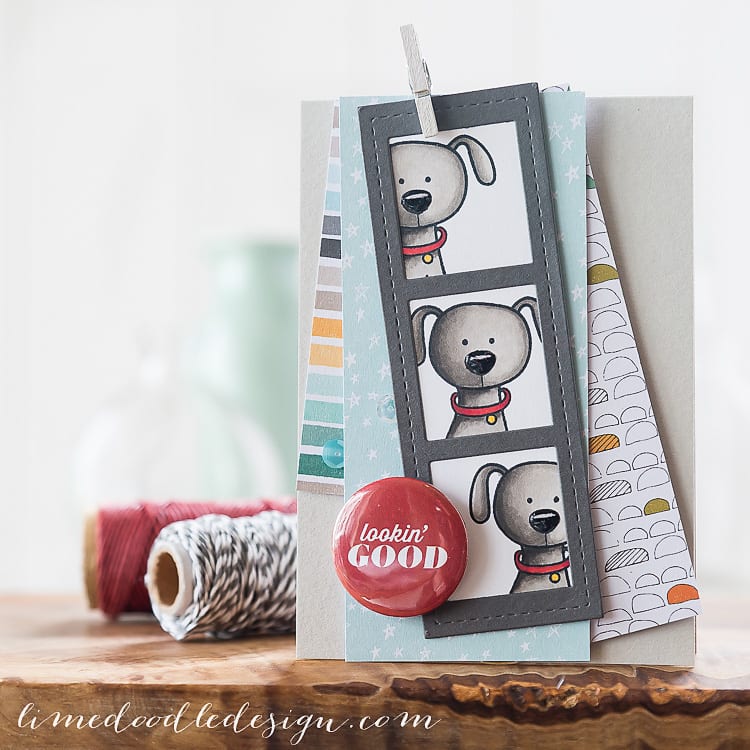 I do love a good hop and we have a fun one today! Pretty Pink Posh recently started producing steel dies and their second release was just a few days ago, so a great time to have a hop and break out the new designs :D 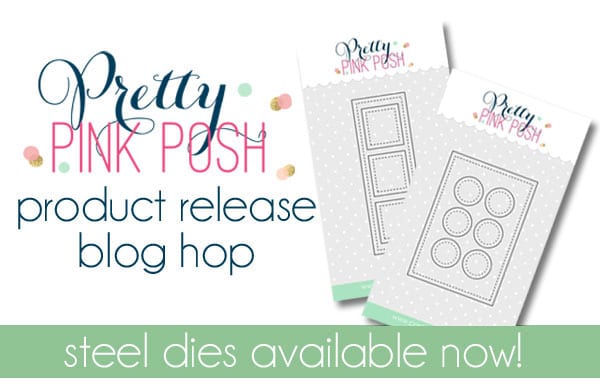 The Film Strip die immediately caught my eye and then the fact that it’s stitched, well isn’t that just perfect! I decided that in true film strip fashion I’d cut the die from dark card; black seemed a bit harsh so I went with Slate. Then it was a case of what to put in the pictures. Have you ever seen the Wallace and Gromit animations? Well the pooch from the You Are Pawesome set from Simon Says Stamp really reminds me of the deadpan expression of Gromit :D I can just imagine him popping in and then out of a photo series and I tried to get that across by stamping him first one side, then centred and then the other side of the film strip frames. 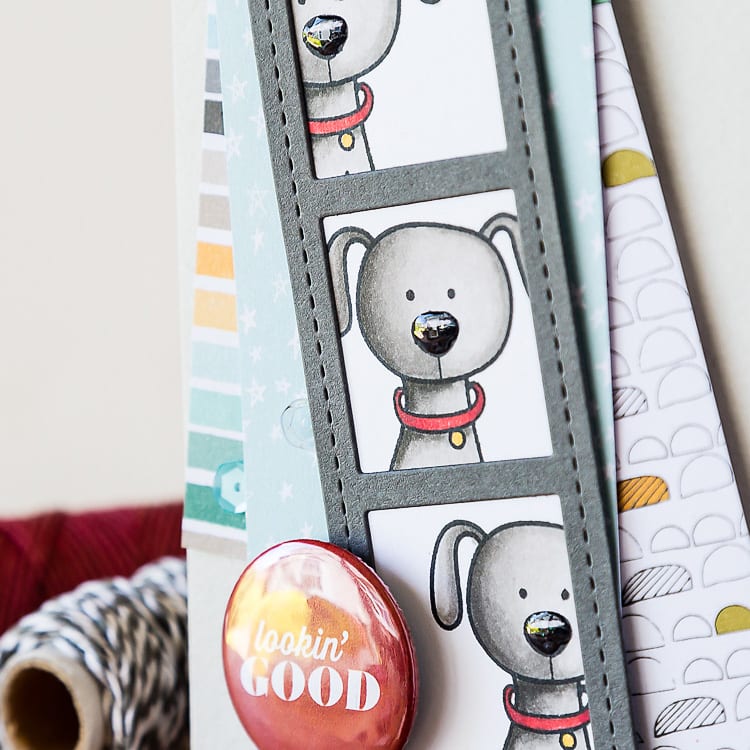 He’s stamped in Memento tuxedo black on white card and then Copic coloured. If you are needing any Copics then Simon Says Stamp have a sale on at the moment (quote SHADE until 10th August for 25 % off). A little Glossy Accents for his nose and the film strip is mounted over a few strips of patterned paper clipped onto a Fog card base. The flair is an older one I had in my stash which I don’t think is available now but it just seemed to fit the spot perfectly :D The final touch had to be a couple of the gorgeous sequins that Pretty Pink Posh stock; there’s a lovely blue from their Springtime Mix pack and one of the fabulous Sparkling Clear ones too.

Well as I think I am the last stop on the hop then you can see the new products that are for sale at Pretty Pink Posh and also Simon Says Stamp :D Have fun!